I am a passionate multidisciplinary designer with a keen eye for detail, a care for clever copy, and a motivation for sustainable and empathic design. 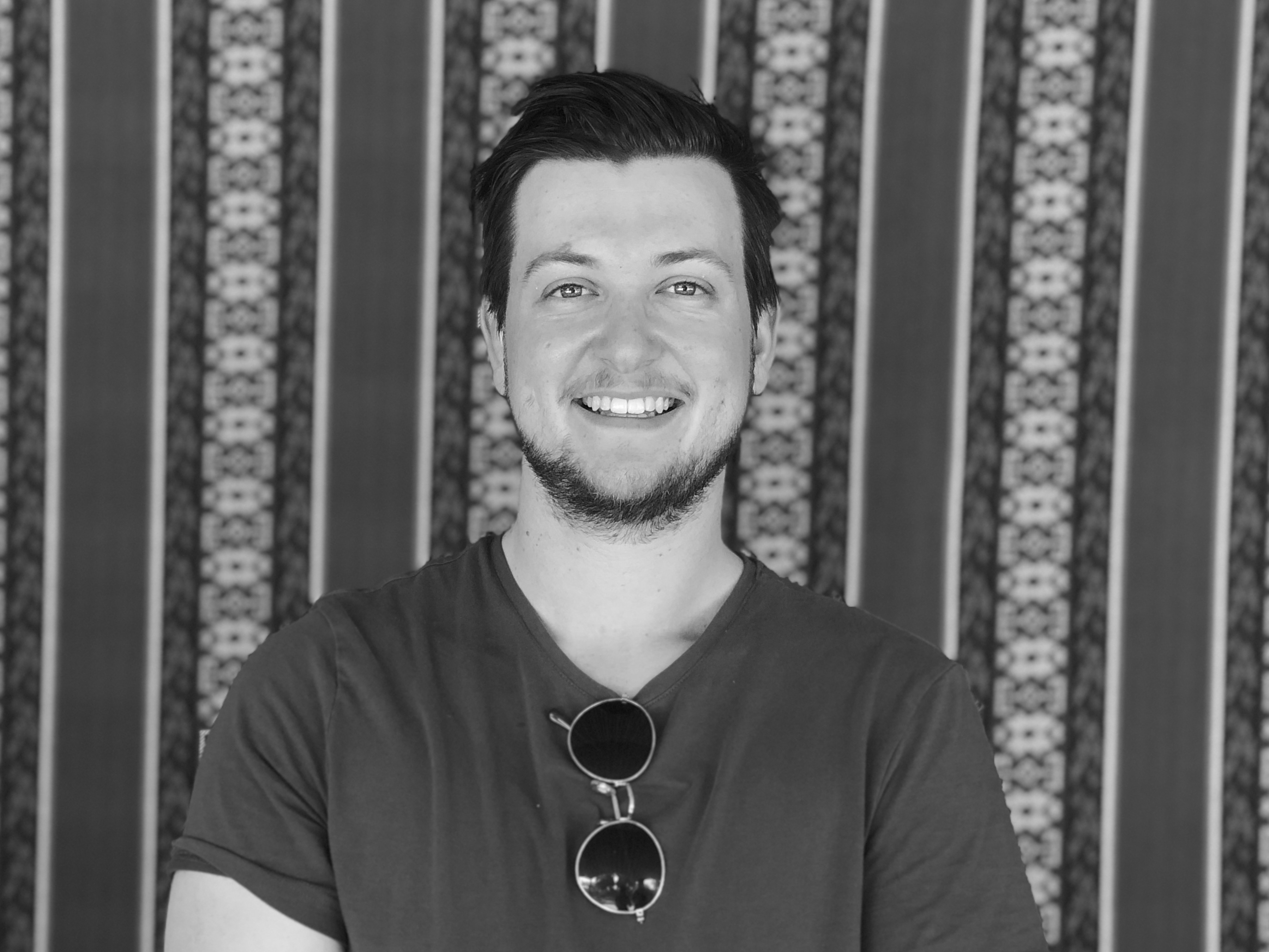 Here's a shorter description of who I am

Here's how I would describe myself if I were a puppy dog up for adoption.

• I learn quick
• I've learnt a few useful tricks but also have the basics down pat
• I play nice with others, but thrive well on play dates at the park
• I enjoy playing ball with others but can also go solo and find my own ball
• My objective is to be the goodest dog and I aim to get there through continuous learning and self development
• I am also toilet trained (ok.. I think thats enough of that metaphor)

Here's the short story of my life

Burnt my Dad's shed down when I was 12 while making a sculpture for my second exhibition. Now I am exploring the space between Artificial Intelligence and Graphic Design creating data-driven and empathic designs.

Here's the long story of my life

My creative journey took off when I was 8 and my dad taught me how to weld. I made an echidna from a shovel head and some railway bolts, and entered it into the local art show and got first prize. Since then, I’ve had two successful gallery sculpture exhibitions and won a variety of awards. This helped fund the purchase of my own DSLR camera and computer, and led to me further pursuing a passion for photography and short film making. I chose to do 3 high school major works in Visual Art, Software Design and Industrial Tech. While I was at school, I was also the photographer and designer of our school concert and festival posters. This was my first experience with graphic design and drove me to do Visual Arts and Graphic Design at the University of Wollongong.

During my undergraduate years, I was involved in a variety of extra curricular projects to continue to develop my design and content production muscles. In 2017, I joined the Solar Decathlon for Team UOW as a Graphic Designer and Photographer, and also helping to design and build the dementia friendly net-zero energy home to compete in an international competition in Dubai. I helped develop an award-winning safety campaign with character illustrations and a sustainable and environmentally friendly pamphlet made from seed paper that would grow into native wild flowers.

In 2018, I developed the identity and branding for my cohorts Graduation Exhibition. It was during this project that I developed a passion for data-driven and experimental design. Unfortunately, I didn’t get to attend my own Graduate Exhibition that I designed because I was in Dubai for the Solar Decathlon project. This meant that I never really had a good send off from my degree, so I decided to do Honours as well.

I ended my first Honours year with a 19,000 word thesis on the intersection of Artificial Intelligence and Design Thinking. Following this I expanded on my thesis in creative form by continuing my interest in both data-driven design and sustainability. I proposed a design entity called a Data Organism to tackle company and consumer transparency. The Renewable Generation was created as a prototype data organism. The project took the form of an energy sustainability campaign that visualised live energy use across Australian states.

While I studied my Honours degree I decided to also start working in the field and got a job at a locally owned and operated sports company called SMAI as a Graphic Designer and Digital Content Creator. I started work thinking that I was just going to do a little bit of design on the side for a company while studying, not really knowing that they were actually an International sports brand with a huge customer base. I rapidly grew into the role, learning all the intricacies of designing for a company. I left SMAI at the end of my two years of Honours, they were sad to see me go but ecstatic with all the creative stuff I had produced for them.

I am now onto the next chapter of my life; seeking a new city to call home, new communities to be a part of, and new experiences to learn from.

A selection of comments from people who know me and have worked with me.

I have had an eclectic mix of jobs and qualifications, and I've acquired a weird array of skills.

Here's a variety of the most applicable awards I've received over the years for my creative works.

A short list of some of the skills I possess.

Want to work on something together? Hit me up!

Just started a cool company and need a professional logo or branding? Then I'm your man. Maybe you're interested in employing me and would like to have a quick chat? Then below is the best way to do so. Just leave your name, contact email and a short message and I'll get back to you ASAP.

Thank you! I'll be in touch real soon.
Feel free to explore my previous work in the meantime.
Oops! Something went wrong while submitting the form.